Bellman-Ford algorithm is a procedure used to find all shortest path in a graph from one source to all other nodes. The algorithm requires that the graph does not contain any cycles of negative length, but if it does, the algorithm is able to detect it.

The algorithm was introduced by American mathematicians Richard Bellman and Lester Ford.

The Bellman-Ford algorithm is based on the relaxation operation. The relaxation procedure takes two nodes as arguments and an edge connecting these nodes. If the distance from the source to the first node (

). Otherwise no changes are applied.

edges long, provided there is no cycle of negative length. Hence if we perform for all nodes the relaxation operation

The asymptotic complexity of Bellman-Ford algorithm is

, because the inner loop is performed

and the inner loop iterates over all edges of the graph. 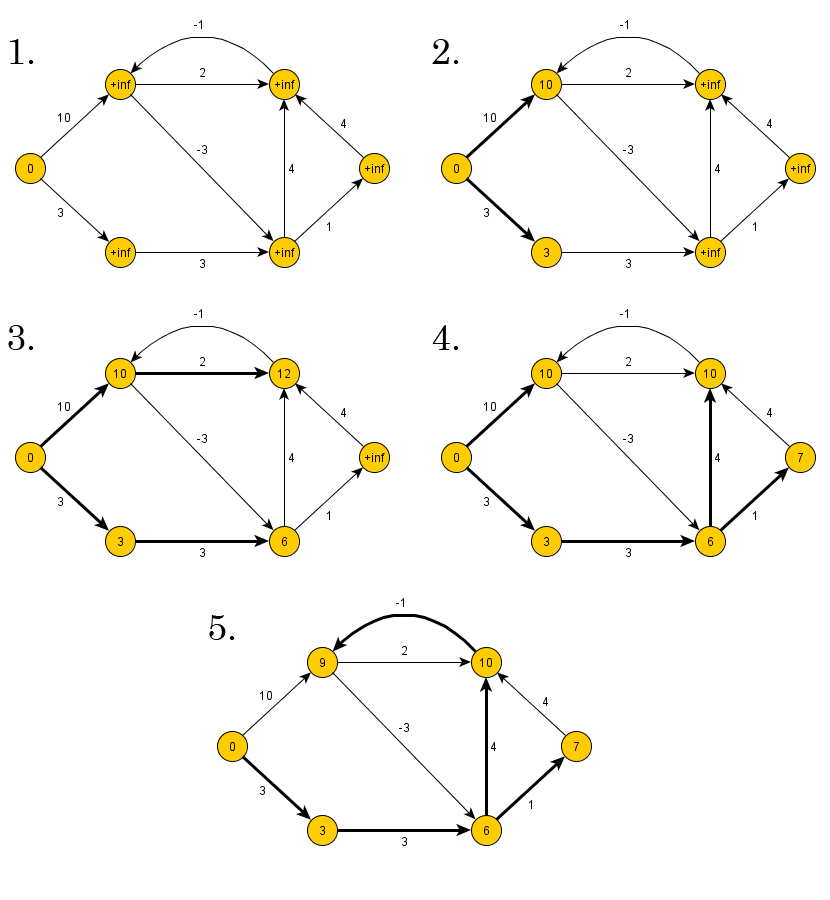